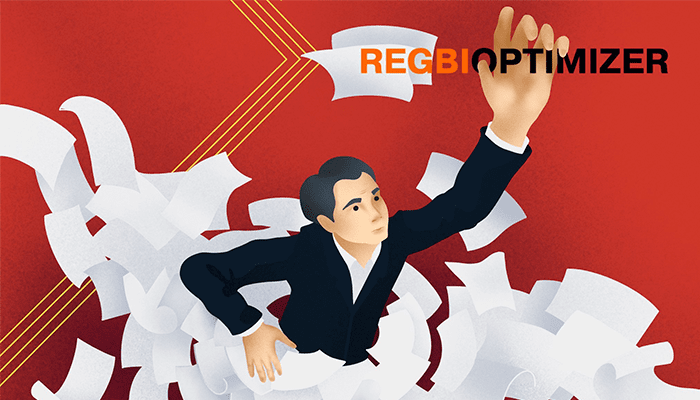 With less than 3 weeks until the June 30th Regulation Best Interest compliance deadline, are you one of the RIAs holding their breath to see if it will be stopped?

The lawsuits don’t intend to stop Reg BI because it is too strict, though. In fact, they believe the opposite – that it doesn’t go far enough. Their main argument is that the SEC’s new rule does not hold brokers to the same fiduciary standard as RIAs and breaks some of the requirements of the Dodd-Frank bill.

Oral arguments just began last week, but the court is “expected to reach an expedited decision before Reg BI goes live June 30”. As Luke wrote before, the SEC has made it very clear that neither COVID-19 nor the court ruling will delay the deadline.

Here are 3 reasons it is best to not wait for a court ruling:

1.How RIAs market their services may need to change.

A broker-dealer must also be a dually registered RIA to call themselves an “adviser” or “advisor”. Any associated person of a BD can’t call themselves by a similar title. In its updated FAQ, the SEC, though, clarified that it “did not expressly prohibit the use of these names and titles by broker-dealers”. In fact, a BD who provides advice in “capacities outside the context of investment advice” may use the term.

Anyone who spends enough time researching Reg-BI will start to see these small inherent contradictions in its writing. Now, most instances of using the term “advisor” may violate Reg BI’s disclosure obligation. It may prove to be nothing and, like most things in the new regulation, will be defined by upcoming lawsuits.

In the meantime, however, RIAs may see their services diluted as customers and clients struggle to see the difference between an RIA’s services and a BD. RIAs may be put at a substantial disadvantage as the term “advisor” becomes a catch-all term. For an established RIA, though, with lots of experience, however, it may be imperative that they separate their services from the rest of “faux-advisors” like Broker-Dealers who misuse the term “advisor”.

2.Reg-BI may be just the start of new regulations for RIAs

Arizona, for example, passed a new law that requires “an agent or broker who sells an annuity to “act in the interest of the consumer”. The new law pulls directly from Reg-BI’s standards and requires that they satisfy “disclosure, care, conflicts of interest, and documentation” requirements.

California and New York are among the key eight attorneys generals trying to stop Reg-BI. But Reg-BI may just be the beginning. Other states who supported the DOL fiduciary rule approach may be working on state statutes to bring Reg-BI standards to the more strict fiduciary rule level.

The Iowa Insurance Division modeled Arizona’s new law and adopted “its best-interest standard requiring financial professionals to act in the best interest of clients when selling annuities and will repropose its rule for securities later this summer.”

It is quite common for state legislatures to share drafts and ideas for crafting bills. Just as Iowa and Arizona move to strengthen the Reg BI statutes in their states, the rule may spread across the rest of the country and become a new base expectation.

3.Preparations for Reg-BI RIAs make now may have untold benefits

Who knows what will happen after November? If there is an administration change, then the Reg BI rule may be tossed and the Fiduciary rule may be reinstated (more strict than Reg-BI).

Don’t let this worry you, though, because there is one thing that you can do to prepare for both outcomes. Large financial services corporations arent’ waiting and neither should small firms. I wrote last week about how Small businesses can keep up with large corporations that are proving to be more prepared for Reg-BI. Software and technology can economize business operations while remaining compliant with Reg-BI’s recordkeeping and disclosure requirements.

RiXtrema’s Reg BI Optimizer is built on the same bedrock as an older software designed to prepare for the Fiduciary Rule. Vetted by Groome Law Group – a group of top ERISA attorneys – they found that Reg-BI Optimizer goes above and beyond the Regulation Best Interest’s requirements.

So you can rest assured that you’ll be safe from SEC lawsuits in any regulatory environment.

Click the banner below to see a short demo and learn why RIAs are choosing RegBI Optimizer to reach compliance.