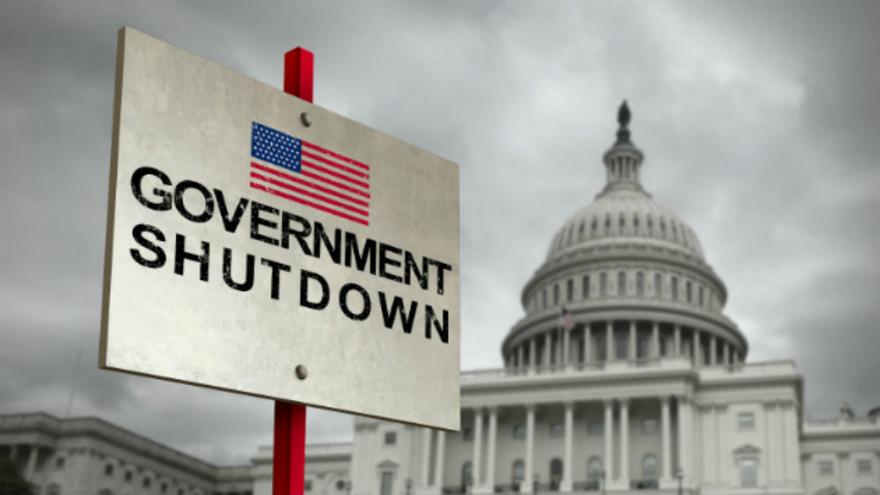 3 Scenarios in the Trump Government Shutdown: How will it Impact Markets?

Trump vs. The Democrats: A Fight for the Ages!

Americans love a good fight as evidenced by the popularity of the Kardashians, Real Housewives of Wherever, the Bachelor(ette), the UFC and many other forms of entertainment. The government shutdown pitting Trump vs. the Democrats is not one of those fights, and I don’t think America is loving it. From the latest episode:

You get the idea. Not very compelling and real people are being hurt. And as the government shutdown enters record breaking territory, there is no sign of an agreement. Both the Democrats that control the House of Representative and President Trump have taken diametrically opposed positions and are refusing to budge. Since neither appear willing to give in without getting their way, how does this play out and when does it end?

Of course, no one really knows, but I think that there are two realistic scenarios. Both involve the President using emergency powers to try to fund the building of the wall, and both involve the Government being funded within the next 10 days (January 21).

In the first scenario the US Senate agrees to take up the legislation passed by the House that would effectively end the partial government shutdown. The Senate already passed very similar legislation in December and would likely pass it again if it came to a vote. The President has promised a veto. If Congress were to simply vote on the measures to open the government, there would be enough votes to overwrite the veto. There are enough Republican senators that are feeling pressure from their constituents that this is a realistic scenario, but this would only be done with a wink and a nod from President Trump.

Many of these Senate Republicans have competitive races to look forward to in 2020 where a vote to reopen the government would be a centrist stance that would play well with the general electorate, and many others won’t face re-election until 2024 when no one will remember what they voted on in 2019. So, there is likely interest from Republicans to take this vote if they can do so without raising the ire of President Trump’s base (and Twitter fingers).

Plus, Trump could still credibly state that he did not fold and stuck to his guns. He could blame Democrats for not negotiating and lightly chastise Republicans for spinelessly folding when they should have stuck to their negotiating position (like he did). Then he will use his emergency powers to fund the wall.

The second scenario is very similar to the first, but the order of events is changed. The President uses emergency powers to get the funds to build the wall, then the Senate votes to approve the continuing resolution passed by the House of Representatives, and the President signs it because he no longer needs wall funding from Congress. Due to the order of events, I believe this to be, by far, the most likely scenario, followed by endless legal challenges and court battles.

So, will either scenario impact markets? I really don’t think so. Global equity markets are up since the shutdown started (7%+ for the S&P 500). The $5bn that is being argued about is not significant in terms of US Government expenditures and I don’t believe that the stock or bond market will react to the political wrangling of Democrats and Republicans, nor the legal battles that are sure to follow. If there is a reaction, I would anticipate a continuation of the bounce in stocks has coincided with the shutdown.

Of course, there is a third scenario, and that is a long-lasting shutdown, where the President does not declare a state of emergency, and the two sides don’t give in. This is likely the scenario that would have the biggest impact on your client’s portfolios. Economic effects of shorter shutdowns are generally minor and made up for once Federal workers (and contractors) receive back-pay. But a long shutdown, say into April, is uncharted territory and would have broader consequences for the economy.

This would affect the stock and bond markets particularly if conversations about the debt ceiling are hampered as a result.  The already jittery equity markets would fall about 20% from current levels, US 10 Year interest rates would rise about 50bps as investors lose confidence in the US Government and BBB Credit spreads would increase 100bps. This is a particularly negative scenario as the equity market falls as rates rise, undermining the performance of the traditional safe havens. I believe that this is a low probability event.

With this in mind, we have loaded a new scenario into Portfolio Crash Test(PCT) with the following stresses: 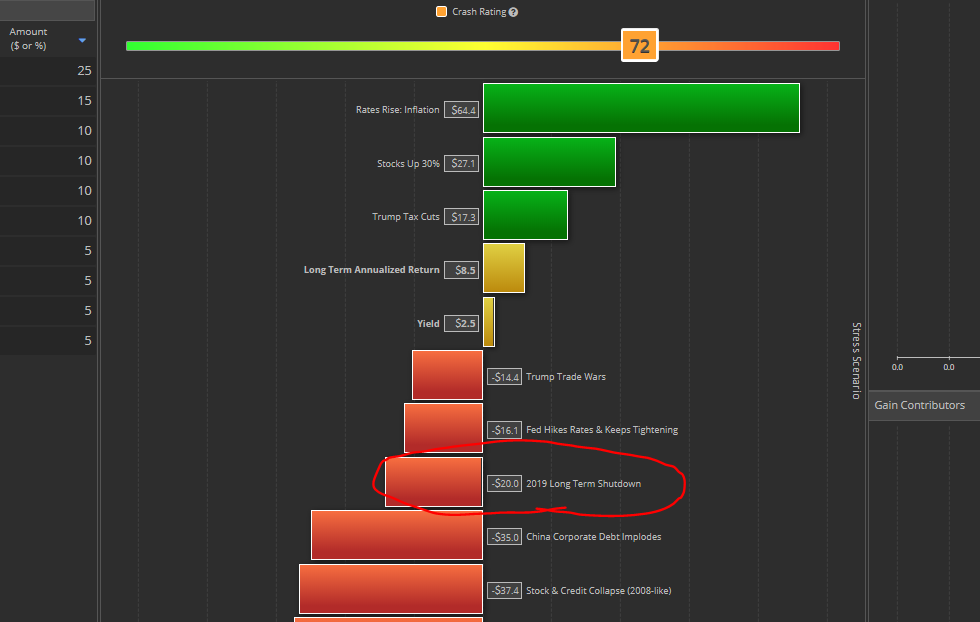