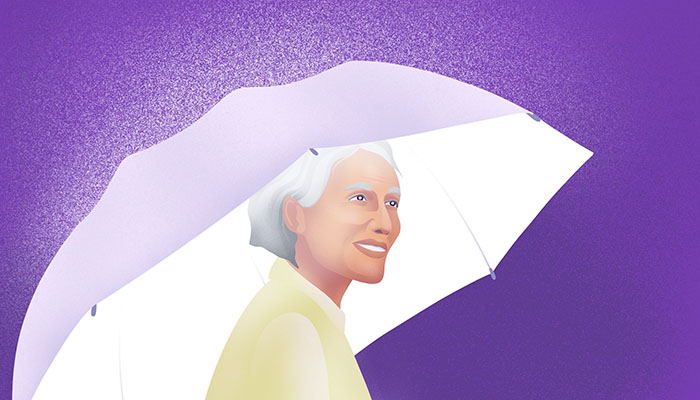 The RCS is the longest running survey of its kind measuring the confidence of workers and retirees in retirement.  The 2021 survey was conducted online from January 5 to 25, 2021 by the Employee Benefits Research Institute (EBRI) and Greenwald Research. All 3017 respondents were 25 years of age or older. 1507 workers and 1510 pensioners took part in the survey. The Data was weighted by age, sex, education, family income, race and ethnicity.

The survey shows that workers  feel, generally,  very confident about their ability to live comfortably in  retirement. At least 7 out of 10 have some degree of confidence,  with 3 out of 10 saying they are very confident. However,  approximately every tenth employee and twentieth retiree feel much less confident.

Are workers delaying retirement because of the pandemic?

Those who have lost income or even their jobs in the past year, understandably feel less confident. The pandemic negatively impacted   6 out of 10 workers who, as a result of lockdowns, simply did not have the earnings to put away for retirement.  At this point it is safe to say  that  there is a fairly high percentage of  people planning to retire later than  expected, due to financial difficulties.

But there are also those who expect to retire earlier than planned. Retirees tend to invest more conservatively anyway, which has a positive effect on their financial situation.

Among those who are already retired, 8 out of 10 report that their retirement lifestyles are generally the same or better than they expected, including travel and spending time with their family, comments EBRI.

COVID-19 hasn’t changed their confidence in a comfortable life after retirement, according to 7 out of 10 people surveyed.Thus 28 percent say their retirement lifestyle is better than they expected. These results are almost equal to those obtained in January 2020 before the pandemic.

But it is not surprising that retirees often are cautious,  after all their future health is a complete unknown and  they  need to protect themselves from the unexpected.

6 out of 10 retirees rely on defined benefit or traditional retirement plans, considering social security and personal savings as the most common sources of income.

Still, workers are far more likely to rely on a defined contribution (DC) retirement plan in the workplace as a source of income than retirees who expect social security retirement income.

What about those who currently work with financial advisors?

This is where the numbers diverge. Only 1 out of 3 employees works with a financial advisor, and 4 out of 10  have plans to do so in the future.

Although overall satisfaction with their pension plan is high,  1 in 3 people would still like to be more informed about the income that their savings will bring them in the future. Knowing what could go wrong with the portfolio and creating various strategies will ensure that the necessary steps are taken. Portfolio Crash Test Pro simulates thousands of risk scenarios and helps your clients examine different retirement withdrawal plans. Request your Demo if you would like to learn more.

Larkspur Executive
What Are MEPs And How Can They Help You?