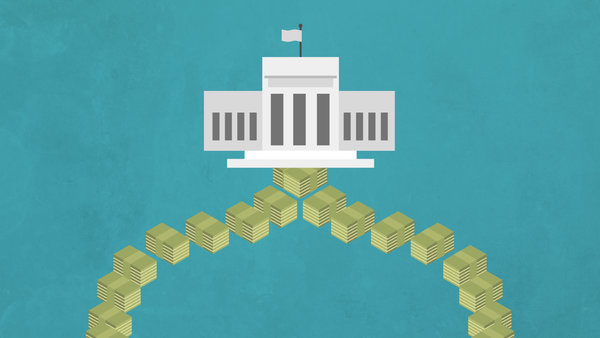 As you may know, the Federal Reserve recently released their stress scenarios: Base, Severe and Adverse. While the Fed may not explicitly regulate you, the role this organization plays in the financial markets cannot be underestimated. The specifics of their analysis are useful as the Fed has lots of up-to-date information at their disposal. But it may be even more important to consider what the Fed left out – either accidentally or intentionally.

What the Fed Missed and What ECB Completely Ignored

In many ways, these new Fed scenarios are an improvement over past variations. They are far more robust when it comes to the equity market shocks. For example, Severe scenario models show a drop of 58% (you read it right!) in US equities through the end of 2015. Housing is assumed to drop around 14% by the end of 2015.
Fed’s stress tests are far more robust than the recently released European Central Bank scenarios. The shocks do not appear strong enough. Suffice to notice that the worst yield that the ECB officials could plausibly contemplate for Portuguese debt is 7.2% in the adverse scenario. Strangely, ECB left out any real possibility for deflation. In a press conference following the results announcement, the ECB’s Vítor Constâncio said, “The scenario of deflation is not there because indeed we don’t consider that deflation is going to happen.” Someone forgot to tell Mr. Constancio that stress testing is not about predicting the future, but about examining plausible outcomes. It would be hard to argue that deflation is completely implausible at this point. The more likely explanation for not including a deflationary stress test is that the EU banks may not withstand such a scenario. Fed came closer to a truly deflationary scenario (Severe scenario) with the 5 year rate going to .4%, a steep decline in the yield curve. Fed modeled UK Inflation at -1.3%, but in the US CPI they did not go that far at 1.1% (yes, negative -.7% real rate). But in general, equity loss, VIX and MBS assumptions are very stringent in the Fed’s scenarios.

The Elephant in the Room: Corporate Credit

Many of the industry participants with whom we work have expressed concern about the corporate credit market risk, specifically high yield and leveraged lending. Let’s look at what the Fed models in that market segment. The Fed Severe scenario models Corporate BBB spread widening of 300 basis points. That is a reasonably large shock, but really does not go far enough as those spreads increased by over 500 basis points in 2008. More importantly, Fed modeled the Corporate BBB yield as going up only to 6.2% at its highest, while at the peak in the 2008-2009 crisis the yield was actually over 10%. Level of yield on Corporate BBB instruments is critical as it relates to pricing of various instruments held on balance sheets of systemically important organizations. Those instruments include corporate fixed income securities whose value directly depends on yield, as well as corporate loans whose value is closely related. A somewhat suppressed yield in the stress scenario means artificially higher prices for a variety of balance sheet assets and means fewer failures of financial institutions under those stress tests. We recognize that the Fed does not want to cause financial panic, but it would be wise to keep this shortcoming in mind, as it highlights a new systemically important risk that was not present in the past crisis. Just like generals, the worst thing that risk managers can do is to fight the last war.

Fed Stress Tests contain a great deal of useful information and we at RiXtrema have modeled those scenarios for our clients. ECB scenarios are far weaker and that should not inspire anyone’s confidence in European financial institutions. However, Fed scenarios took a somewhat benign view of corporate credit, while doing a very good job on the equity market shocks.

The result is that corporate credit risk remains under the radar and it would be wise to pay close attention to all corporate spreads for signs of deterioration. High yield spreads are especially important in that regard. They are already diverging from the equity market and historically that has spelled trouble. Ongoing oil price crash is not helping here, as 15-20% of the high yield market are energy names and many of them will be under pressure.

P.S. This article was written at the end of November. As we suspected, high yield energy spreads have shot up significantly up to 880 bps as of 12/9. This will force Fed to act or at least to speak strongly, otherwise a chain reaction could ensue with unpredictable consequences throughout the financial system.

Read the whole article published in the Financial Advisor Magazine