Case Study: How to Use Comparisons to Alert Complacent Plan Sponsors

Plan sponsors are busy people and generally busy people are actively looking for more things to do. So, it is understandable if a plan sponsor is so content with the current state of their 401k that they don’t welcome the task of dealing with a new advisor who is recommending changes.

One of our advisors asked how we could help them get through to a plan sponsor that is resisting the notion that the plan needs changes?

There are two problems faced by the advisor in this situation.

The first is overly-prospected plan sponsors. A plan sponsor may receive many calls from advisors prospecting, and all saying that they will improve the plan.  How can an advisor show that the plan actually needs help?

The second problem is overly-content plan sponsors. A plan sponsor may think all is fine in the plan and the only thing that would arise from making changes is to the plan is having to do more work. How can an advisor demonstrate that there are significant areas of improvement that warrant attention?

The solution is to give context to the Plan’s key metrics. There are two ways to do this: 1) by benchmarking or, 2) by comparing it to another plan.  For example, if the plan had a 10% rate of return (ROR), the plan sponsor might be quite content with this, but if you benchmark this against all other plans of a similar size, then a 10% ROR might be ranked in the lowest quartile (Creating Powerful Benchmarking Charts to Illustrate How a Plan Ranks).  Highlighting that 75% of other similar plans had a better ROR can demonstrate that not only is there room for improvement but also that that these improvements are attainable and common across other plans.

The second solution is using the new Comparison Report in Larkspur Executive. This allows an advisor to compare the plan to any other plan directly. For example, you could compare the plan sponsor’s plan to an existing plan which you work with. This will allow you to highlight the difference between the results of the plan sponsor’s current plan and what could be expected for plans the you advise on. 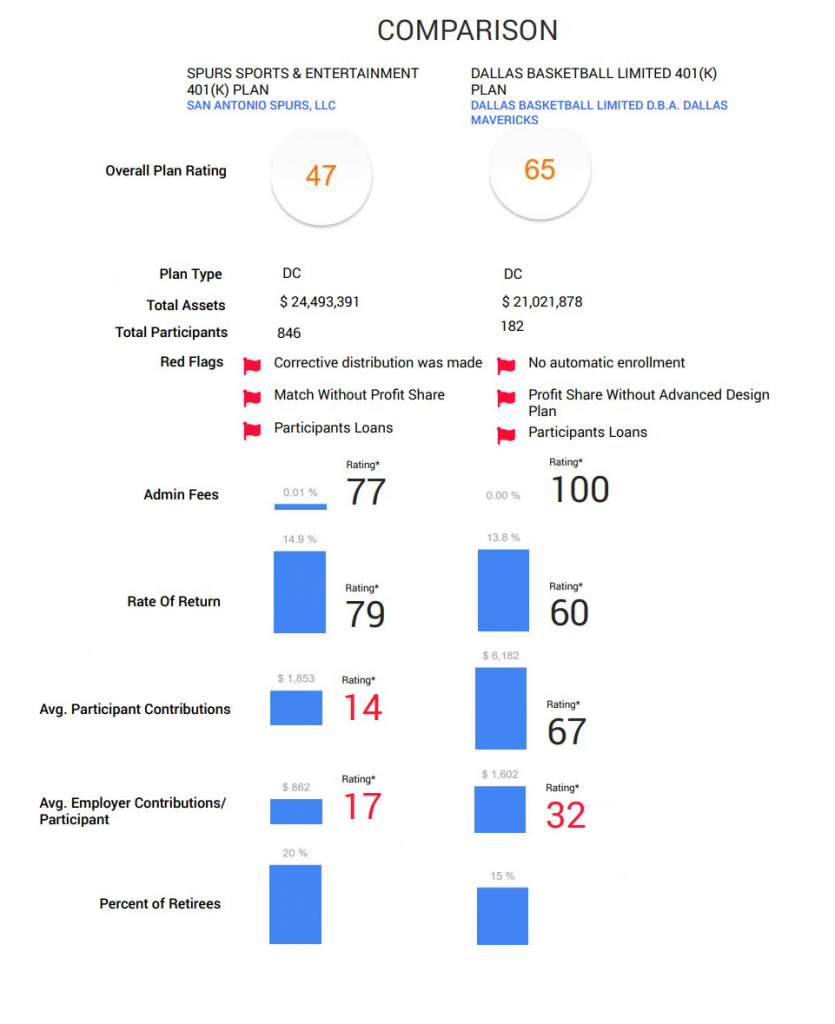 Alternatively, you could compare the plan sponsor’s current plan to another similar 401k plan by using the search functionality in Larkspur Executive. Advisors can search for similar plans by business type, location or size etc. For example, this will allow the advisor to highlight to a plan sponsor about how their plan is under performing compared to their local competitor down the street. The search for similar plans (see picture below) will show a map of all plans that meet the criteria. Just by clicking on the results on the map an advisor can easily select a plan from the search to use as the comparison. 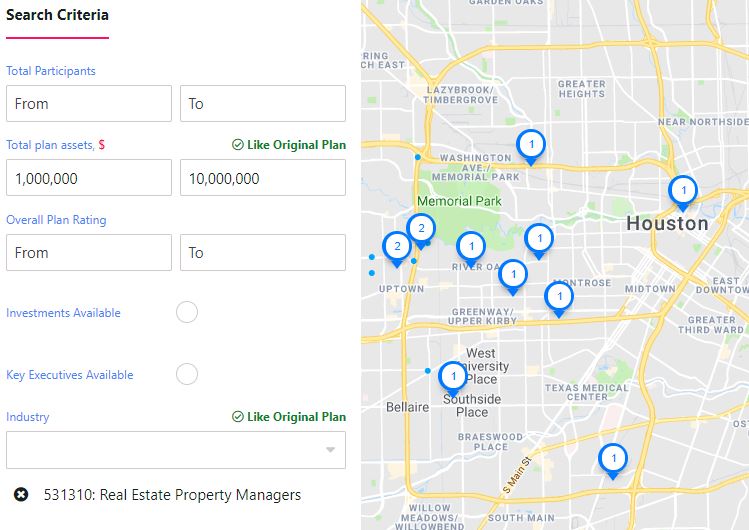 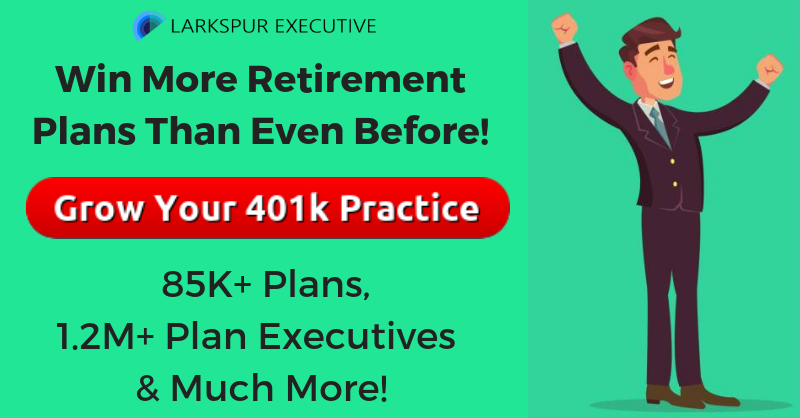