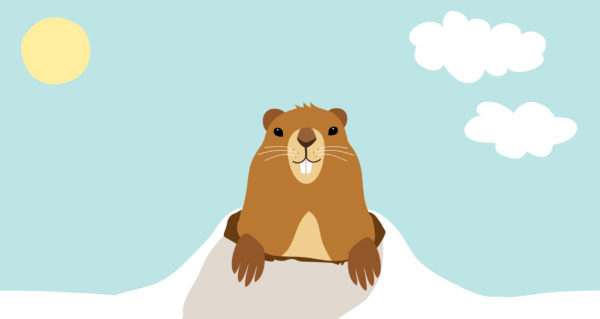 DOL Fiduciary Rule Groundhog Day: What Just Happened & What It Means For You

For those participating in the financial advice industry, it might seem like living out the movie Groundhog Day. Except instead of Bill Murray, the star of the movie is Alexander Acosta. Constant news of delays, new legislations that attempt to repeal the rule, repeated comment periods have become the norm in our Punxsutawney of financial advice that also goes by Washington, DC.

On August 10th, the DOL has submitted to the Office of Management and Budget proposed amendments to extend until July 1, 2019 the transition period of the Best Interest Contract Exemption (BICE), Principal Transactions Exemption, and PTE 84-24 (regarding insurance contracts and annuities).

This uncertainty and continued noise around these developments have made it very hard for participants to tell what is going on. We wrote a number of articles throughout the spring of 2017 on the topic of the DOL Rule (you can read the most relevant ones HERE and HERE). In every comment we expressed our confidence that it is too late to stop the key parts of the rule and that ultimately courts will not allow such a reversal, no matter what the DOL says. So far, the June 9th effective date for Impartial Conduct Standard actually proved us correct, since on that day anyone touching IRA assets or annuities essentially became an ERISA fiduciary. ERISA fiduciary status is completely different from SEC fiduciary status and is much more stringent, more on that HERE.

So, what just happened on August 10th and will Punxsutawney Phil see his shadow and predict another 18 months (or 23 months if you count the rest of 2017) of fiduciary winter?

What Happened: The Facts

So, the DOL is looking to delay the feared BIC exemption along with others until July 1, 2019. The most important thing here is that BICE is the primary enforcement mechanism. The DOL was never the intended enforcer of the rule, it was supposed to be litigation attorneys all along. So, delaying of BICE is potentially a huge relief for those who were going to be subject to it (more on that below in the section What It Means For You). In addition to enabling class action lawsuits, BICE would require advisors to sign a best interest contract explaining to the investor that they may not be acting in their best interest (a tough conversation by any standard).

So, if the delay stands, then the best interest contract does not have to be signed and class action liability will be delayed or possibly removed.

This delay is not in the effect. It has now been proposed and the Office of Management and Budget will review it and will have to clear it before it appears in the Federal Register. After that, there will be a comment period on the delay, both on the merits and length of it. Therefore, we do not know the ultimate length of the delay. It is clear that the DOL wants to buy more time to revise the rule. However, the big question is whether there will be litigation brought forth at some point to prevent the delay, and/or reduce its length or substance. Thus, all we have at this point is more uncertainty.

What It Means For You: Level Fee Fiduciaries

If you are a level fee fiduciary already, this delay has less impact on you (assuming that it stands in its core parts). Working with IRA assets in any capacity still triggers the core pillars of the Fiduciary Rule and an effective ERISA fiduciary status. Remember, there is a private right of action under ERISA, so there is an enforcement mechanism for this already. It is a big mistake to think that just because you are level fee, somehow this rule does not affect you. In fact, with the new possible delay – the effect on level fee fiduciaries from the DOL Rule is now more significant than it is on commission based advisors (strange turn, isn’t it?). The proposed delay in no way affects the requirement for you to act in the best interest of the investor and you must create a document that proves you are doing that. That document has very specific requirements (we will send you more research on those shortly).

What It Means For You: Working on Commission

If you are receiving commissions, you will not need to have your clients sign the best interest contract in January of 2018. You will not be subject to class action lawsuits. However, and this is crucial, whenever you touch IRA assets in any way (a rollover or IRA to IRA) – you are also subject to the same strict fiduciary requirements as the level fee fiduciaries above. You have to act in the best interest of the investor, charge no more than a reasonable fee, make no misleading statements, and abide by the Prudent Man Rule. The Prudent Man Rule means many things, among them it means that you must have a prudent process that is documented. You must create a document that proves you are acting in the best interest of the investor just like level fee fiduciaries (we will be sending more info on that). And just like for level fee fiduciaries these requirements all carry the possibility of private action (though not class action as discussed above).

Until next time and I hope you enjoy that Sonny & Cher classic I Got You Babe, because we will be hearing it again…