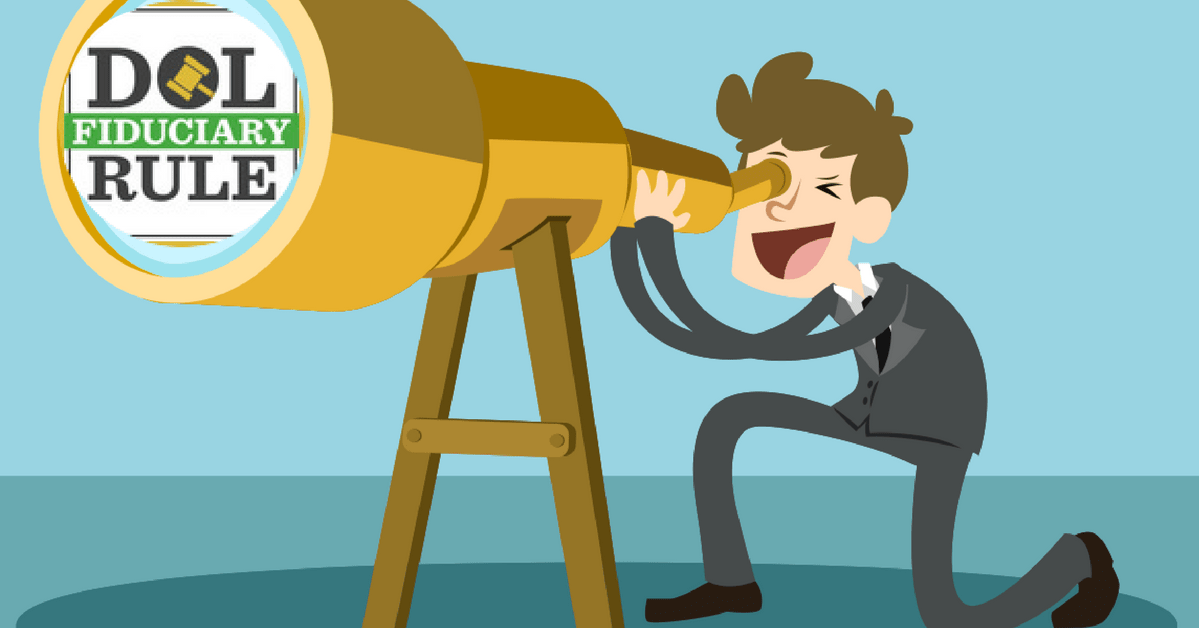 The fiduciary rule was initially supposed to be implemented on April 10, 2017 with a phasing-in period until January 1, 2018. Meanwhile, after the President Trump took office, he requested the rule to be reviewed. Then the implementation was pushed back to July 2019. But on June 21, 2018 the US Fifth Circuit Court officially vacated the rule, technically killing it. Still the SEC have proposed an “advice rule” potentially requiring broker-dealers to act in the best interest of retail clients. However SEC’s “best interest” rule is still under development. Some states, like Nevada, have made their attempts to adopt a fiduciary law and related regulations on a state level. Other states (Maryland, New Jersey) have similar regulation in development.

Any development in a DOL fiduciary rule such as the new proposal that the DOL plans to issue in September 2019, which is a revised final fiduciary rule package to replace the one vacated last spring by the U.S. Court of Appeals for the 5th Circuit, is a positive tendency by many. The goal of such a rule should be the protection of the consumer.

It is becoming more apparent that law on the federal level is necessary to bring order and professional ethics into the industry and to protect consumers of the financial products from predatory practices of the financial professionals. It is obvious from failed state attempts to pick up where the DOL left off. Recently, Maryland legislature shot down the motion to impose the fiduciary conduct on the RIAs, broker-dealers on a statewide basis arguing that the cost of reconciling on the state and federal level would be prohibitive. In reality, the state government caved in under the weight of the industry lobbyist.

The 5th circuit court vacated the original DOL rule on the basis that DOL had overstepped its authority because the rule also affected individual retirement accounts. Is the new repackaged version of the DOL rule going to be within the DOL’s mandate? What seems to be happening is some sort of partnership with the SEC. The SEC seems poised to also make a move on their proposed regulations which should address the areas which are out of the DOL’s authority.

The original objections from the industries bodies, which lead to the lawsuit, were that the DOL rule harms advisors and prevents lower-income Americans from receiving retirement products and advice. It seems that a frankenstein rule between the DOL and SEC is going to make it much harder to navigate for consumers. There doesn’t seem to be an indication of any clarification about the differentiation between financial advisors and brokers. With a repackaged DOL rule and the SEC Best-Interest regulations which are likely to include multi-page contracts, and some fear that these extra obligations are sure to drive up costs.

Overall, it’s tough to say now what the new DOL 2.0 rule may end up looking like, but it will definitely be on the heels of the SEC’s rule and more than likely will echo its predecessor.