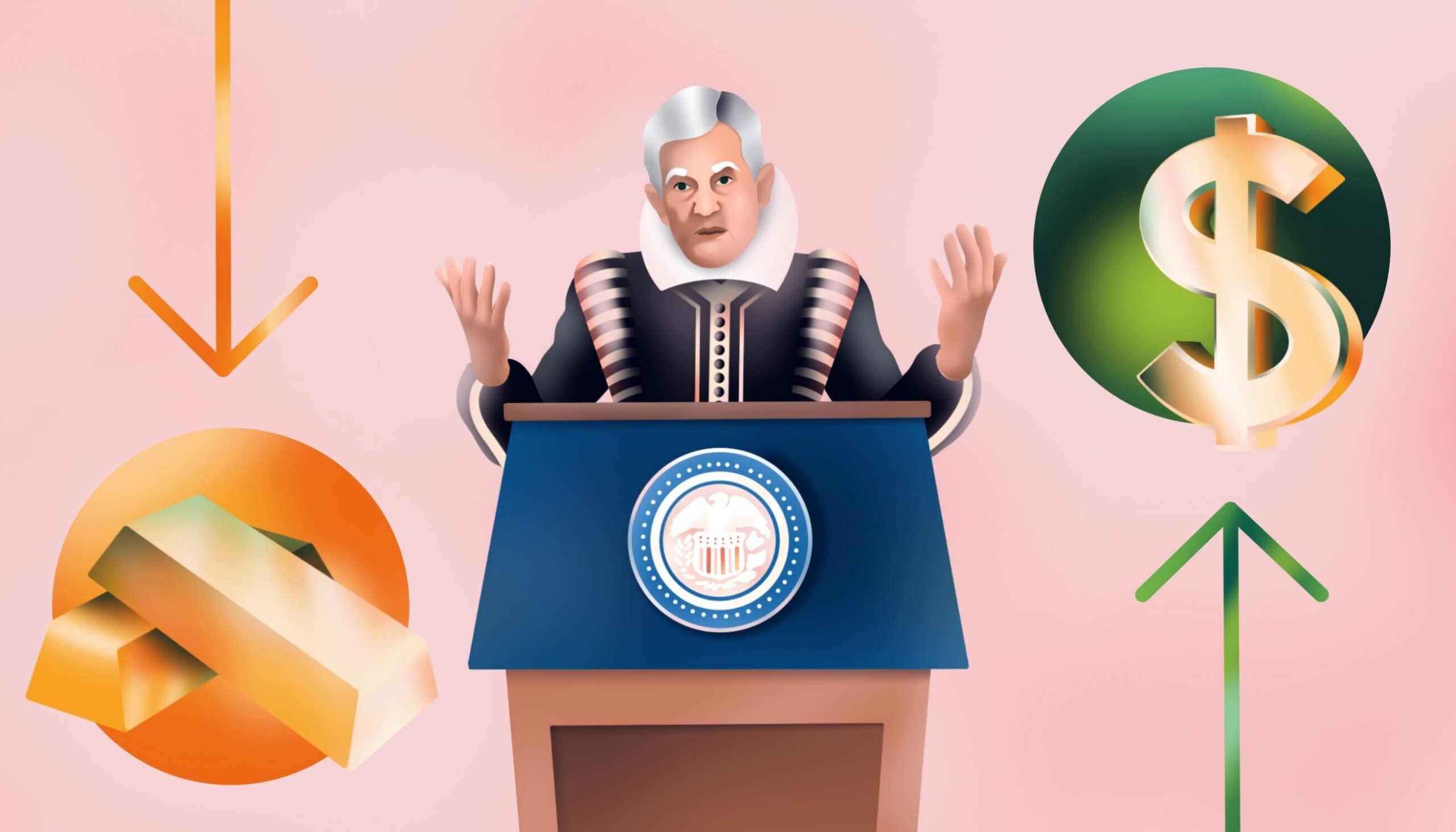 It might be apocryphal but apparently Leonard Cohen took six months to write Hallelujah whereas  Dylan wrote Blowin in the wind in three minutes.

This week Jerome Powell may wish he had Cohen’s luxury of time to write his own masterpiece of a speech. The markets interpreted it as dovish, and went wild. Upon realizing Powell and the Fed composed another speech; which sent the markets tumbling back down.

Getting away from the minute yet powerful effects of Powell’s linguistic choices, let us turn our attention to Gold and Silver. Typically the two precious metals have been a hedge against inflation but given the fact that we are now seeing a breakdown in traditional relationships, gold is no longer the safe bet it once was. The question is why?

To answer this we need to look at gold’s inverse relationship with the dollar. Gold, which is priced in dollars, stopped working as a hedge precisely because the world’s reserve currency was so strong.

In other words Powell’s speech created low inflation expectations which then curtailed gold as a hedge. At this point it appears that it is no longer productive to hold the precious metal. But how to explain the strength of the dollar? The story the market is telling right now is getting further and further away from the fundamentals, towards something more nebulous and emotional. The system feels very broken.

This is not unprecedented, generally the market reacts not simply to what is happening but what is expected to happen. Right now there’s no fundamental reason why the dollar should be up when inflation is high, it is only the intention and determination of the Fed that is driving this.

All this talk about gold you might be wondering, what is going on with Silver?

Well the answer my friend is…

To watch the next episode of Investing Counterpoint

News
Portfolio Reallocations Are on the Way