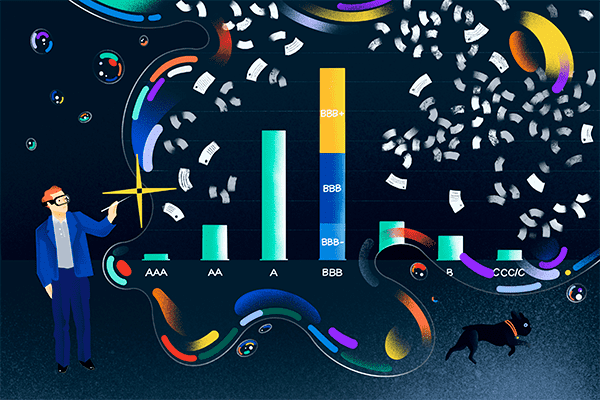 How Does The COVID Crisis Mix With Corporate Debt

In previous articles, Yon and I analyzed the threat of the corporate bond market and the potential risk for heavily-leveraged corporations to fall into junk-bond territory. Indeed, it’s easy to point at oddly inflated graphs and ask if anyone else smells smoke. So, neither of us could say for sure whether the bond market was bloated or just a new normal. Nonetheless, a significant shock, like the Pandemic, had the potential to introduce stress and cause uncertainty.

Look to the past, lest ye beware

The security instruments that financed the expansion of the investment-grade market, Collateralized Loan Obligations, caused the leveraged loan market to double since the last financial crisis. Just as CDOs ballooned in the 2000s because of weakening lending standards and deteriorating loan qualities, CLOs are following the same path. Like CDOs, CLOs are not inherently imperfect instruments, and, can help finance “riskier” businesses. But, if a crisis cuts revenue streams – say, oh, maybe, a Pandemic – then that tower of BBB becomes a bit unsteady (Figure 1).

How will the corporate debt and COVID crisis combine? I quoted, in my last article, the Brookings institute’s data on the most susceptible industries. I did not investigate the enterprise value or magnitude of leverage in the mining, leisure, or tourism industry. Though, I suspect that mining and tourism may require leverage to sustain large brick and mortar infrastructure and down seasons.

What do the Rating agencies say?

Whenever looking at an uncertain future, it can be helpful to look at how crises played out before, but, for CLOs, that does not paint an optimistic picture. Rating agencies are reviewing CLOs and “placed more than 1,000 slices of debt backed by leveraged loans on review for downgrades”. JPMorgan reported that the highest-rated AAA tranches fell 2.6% so far this year, while B-rated tranches fell more than 40%. The Pandemic is hurting revenues of companies – with around 20% of the loans in the $600bn CLO market already downgraded (Bank of America). All lockdown sectors are vulnerable, but retail, hotels, and entertainment face a much more extended recovery period because consumers may remain cautious even after the lockdown lifts.

Debt instruments are slow to react to changes in circumstances, so these new updates could indicate that a new reality is forming around conditions that existed for a few months.

Bond markets have been on a general uptrend since the 1980s and, in general, collapses don’t occur as frequently as stock market declines. The last, and most memorable, bond crash in 1994 occurred from a rapid increase in the Fed’s target rate. Bond investors were complacent and expected rates to remain stable or falling, the heavily leveraged borrowing magnified losses.

Traditionally, during a stock market decline, we should expect bond prices to increase as investors run to the safe-haven-hills. But, that slide presumes that investors see investment-grade bonds to be revenue-certain. The iShares Investment Grade Corporate Bond ETF (Ticker: LQD) experienced a sharp decline during the beginning of the shutdown (Figure 2).

Of course, there has been a significant recovery, but we’re all still figuring out how the quarantine shapes markets. Investors may be optimistic about the CARES Act, which you can read more about in an earlier article, may not be founded on much, however. Banks are well-financed and may be lenient to lenders, but, seeing as they’re seizing thousands of stimulus checks, I’m not going to hold my breath. Goldman Sachs and Morgan Stanley expect US GDP to contract by -24% in Q2 and the US unemployment rate to rise as high as 30% by June. The oracle of Wall Street, Warran Buffett, saw his Berkshire Hathaway investments suffer a $55 billion paper loss and is hoarding cash like toilet paper ($125 billion at the end of 2019).

I struggle to find some good news, at least in markets, because of the US Government’s lackluster response to the Coronavirus shutdown. The OECD issued an economic assessment that pretty much summed up global growth in 3 words: uncertain but downward. Another spike in infections seems inevitable and certain sectors and regions connected to tourism may suffer for the rest of the year and into next. As Buffett mentioned in his last Omaha interview, some systemic weaknesses are showing, and this may be an impetus to change.

“A country with $60,000 of GDP per capita can do better. We should ensure that anybody that worked 40 hours a week can have a decent life without a second job and with a couple of kids. It isn’t going to hurt the country’s growth, and it’s overdue.”

News
Fed Playing Poker & Where Do We Go From Here with Housing? 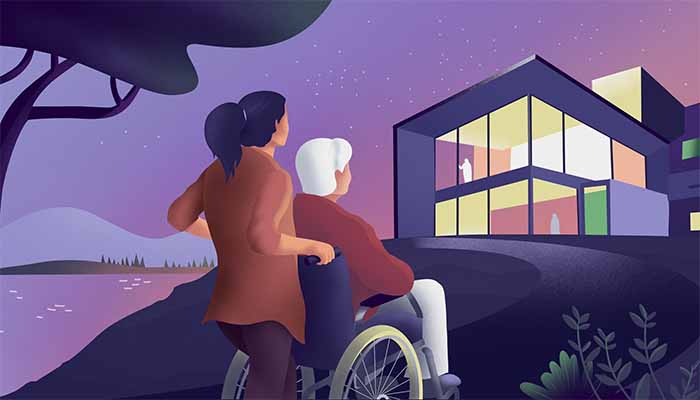