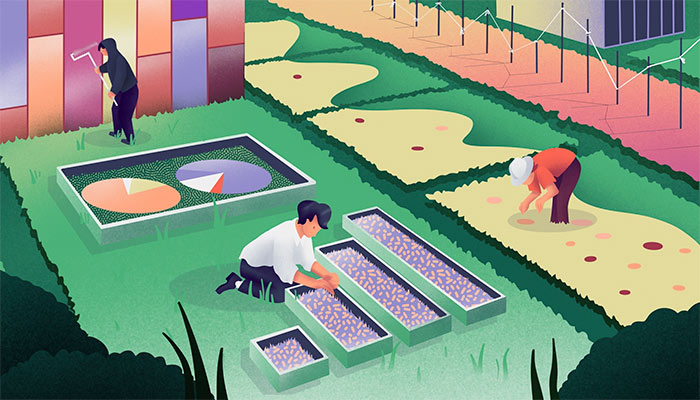 Introduction: Why MEPs and PEPs are the Plan of the Moment

Do you know that only 53 percent of employees at small businesses have retirement planning options? Now, if we consider the fact that there are 5 million to 6 million companies in the U.S. and just 650,000 defined contribution plans, it becomes obvious that saving for retirement is a big issue in America that needs to be resolved. It is not a secret to say that a lot of Americans need to think hard about their future retirement. Especially, in the knowledge that they have no savings, that applies to 33% of the US population, in fact only 23% have as little as 10K saved for retirement (see Figure 1).

It is well understood that saving for retirement requires discipline, commitment and sacrifice to achieve financial security in the long term. Most people understand this, but it is an unrealistic goal when your employer doesn’t provide a retirement plan. As a result, millions of employees who work for small businesses without a retirement plan aren’t saving for life after work. However, it is not simply an employee problem. It is also an employer problem. A lot of small businesses simply cannot offer any retirement options because it is too expensive to sponsor. This is where various group options like multiple employer plans (MEP) and pooled employer plans (PEP) become important for millions of employees who need to start saving as soon as possible.

The MEP is not a novel idea and dates as far back as the early 20th century, formalized by the Labor Relations Act of 1947, better known as the Taft-Hartley Act. The idea behind the MEP is to encourage two or more small unrelated businesses to offer tax-advantaged retirement plans to their employees while sharing the administrative cost of the plan. Initially, only companies from the same industry could form an MEP. Today companies from different industries can work together to offer MEPs to their employees. Currently there are a few different types of MEPs: closed MEPs, open MEPs and the Association Retirement Plan. All three types of MEPs are built around the same idea mentioned above but differ in structure. If a closed MEP allows employers who share interests other than retirement saving to participate in the plan (base MEP), an open MEP allows employers without any connection to be part of the plan. And  the Association Retirement Plan allows unrelated employers from the same geographical location or from the same industry to join the plan.

However, traditionally MEPs have suffered from restrictions that make them less attractive to many small businesses. First of all, it is more difficult to monitor MEP providers than single-employer 401(k) providers which raises questions around fiduciary responsibility. Some of these responsibilities are unique to MEPs, such as identifying responsible fiduciary and fee comparability across other plans (read more). Other MEP disadvantages include employers’ lack of authority to terminate their portion of an MEP, limited employer plan design option, more complicated record-keeping processes. Even though an MEP is a great idea, its lack of popularity is not helping to resolve the retirement savings issue faced by millions of Americans working for small businesses.

With the introduction of the SECURE Act, which passed in December 2019, a variety of changes were introduced to help resolve retirement challenges faced by small businesses. In particular, a new form of MEP was introduced, the Pooled Employer Plan (PEP). PEP’s primary goal is the same as an MEP: it will allow unrelated employers to pool resources to help achieve economies of scale and administrative efficiencies.

However, the PEPs can be more attractive to small businesses because a) they are easier to establish, b) they provide protection against the “One Bad Apple” rule where the compliance failures of one employer could disqualify the entire plan, c) PEPs allow businesses from different industries to establish retirement options (open MEP). However, the PEPs also have their own unique restrictions, including a) the PEPs are limited to the use of 401(k) plans, b) the PEPs must be administered by a  “pooled plan provider” or the PPP.

On the other hand, the PPP serves as the designated plan administrator and named fiduciary, two very important legal roles in determining who has fiduciary responsibility for the plan. Moreover, the PPP must acknowledge their fiduciary responsibilities in writing which removes a lot of confusion that comes from the MEPs when litigation issues arise and removes as much of the fiduciary and administrative burden from the employer as possible. In addition, the PPP will be responsible for the standard roles of record keeper and custodian. The biggest challenge with the PPP model is the potential conflicts of interest when the service provider who becomes the PPP hires themselves to take on other roles and gets paid for it. Greater oversight from the DOL in this area is much needed.

Another interesting alternative is the Group-of-plans model (GoP) which can go live in January 2022. The GoP is simply a collection of single-employer plans. The main differences between the GoP and the PEP are a) the GoP has no requirement for a 3(16) fiduciary, b) the GoP allows for a consolidated Form 5500 filing with the DOL. Even though the PEP will provide plan sponsors with greater fiduciary protection, it can be more costly to plan participants. The GoP can provide cost savings to plan participants by being a subject to a single audit, compared to open MEP where every plan is audited separately, and can result in a significant savings. They also provide simplicity, with a single investment lineup, and have record-keeping pricing advantages. The DOL will publish more details about the GoP in a few weeks.

These retirement savings options are certainly a step in the right direction, in addressing the current retirement crisis faced by millions of Americans. Every option must be carefully considered by all parties involved, before choosing what is the best for American workers. Most importantly, these options present an opportunity for employers who struggle with their plan sponsor obligations and are looking for better value for their employees. Small business employers with no retirement plans for their employees in place, consistent compliance failures, a lack of retirement expertise, limited HR resources, and a fear of the regulatory and litigation risk could find an answer to their woes in the form of MEPs.

Schedule a Demo with us to see how you can find the plans with no automatic enrollment or reach out to clientsuccess@rixtrema.com to set up a demo.