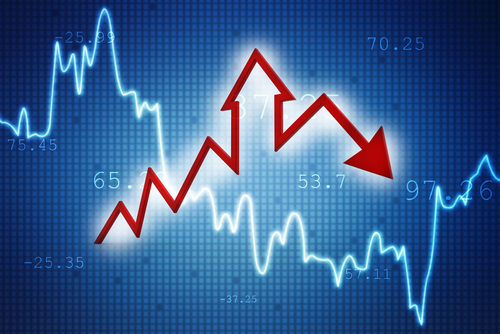 This past July, I came across a story that sounded frighteningly familiar. A simple recycling company, Clover Technologies, saw its $693 million loan shed a third of its value almost overnight. The size of the loss wasn’t especially notable as much as the instrument used to secure the loan. A venture capital company purchased the unremarkable company and used leveraged loans to pull dividends and acquire competitors. Then, with lost revenue, Clover was downgraded, and investors were swallowed whole by a mass exodus of mutual fund investors.

Recently, again, at the end of August, Reverence Capital Partners acquired Advisor Group – a network of four broker-dealers with more than 7,000 financial advisors and $272 billion in client assets – for $1.6 billion in junk bond debt. This purchase requires $150 million in annual service payments on the B+/Negative debt, and any rating downgrade could cause another Clover Tech situation.

During my finance studies, maybe I skipped the class discussing leveraged borrowing to forego solvency. However, I don’t think this behavior is normal. After we wipe the shock-induced saliva from our gaping mouths, we must examine whether these are anomalies or part of a more significant trend. The suspicion about the bond market is moving demand into other safe-haven investments such as gold and government bonds. Financial advisors need to prepare a digestible risk narrative to alleviate their clients’ concerns brought about by the prevalence of recessionary media coverage.

How did this happen?

Interest is nearly nil or negative on government bonds, and high-grade bonds don’t provide investors with much better, so investors are desperate for yield. Banks and financial firms created Collateralized Loan Obligations (CLOs) to purchase bundles of leveraged loans – and make money selling the product to bond investors and fund managers. If any of this sounds familiar, it is because CLOs survived the Great Recession and replaced the infamous Collateralized Debt Obligations that precipitated the 2008 crisis. Currently, the CLO market is eerily equivalent to the 2008 CDO volumes at around $700 billion and annually growing by $100 billion.

Fed Chair Janet Yellen and financial regulatory bodies warned of the CDO danger, but the new administration permitted these tools by deregulating post-crisis lending rules. A CLO of bundled leveraged loans financed the Clover acquisition – double trouble. A bank or a collection of banks loaned an already profoundly indebted corporation in a manner that requires such large interest payments that banks never expected repayment. Banks reduce this default risk by bundling loans into securities with lots of other higher grade loans and selling investors tranches. Worst of all, there’s evidence to suggest that the deregulation permits banks to allow companies to misstate their earnings to receive a higher loan rating – just like the “liar-loans” of 2008.

We Lower Interest Rates and This is What We Get In Return?

Today, financing acquisitions with such low-grade debt is not uncommon in America’s low-interest corporate environment. The Fed acted to spur investment and borrowing by reducing interest for years through aggressive open market activity. The result did not match the intention. Rather than invest in their employees, capital, or products, most borrowing has been used to acquire other companies, increase dividends, and buyback shares to increase stock prices. While these actions are good for shareholders in the short-run, it neglects the long-term benefits of investing in employees, customers, and communities and certainly exacerbates income inequality. As Rixtrema’s CEO found, much of the Trump tax reduction went to stock buybacks, and it is not a positive economic sign that companies do not have better use for their cash. Now, 14% of S&P 1500 firms do not have enough EBITA to cover interest expenses.

How large is the BBB Bond Market

As of May of 2019, the BBB rating category is the largest among currently outstanding U.S. corporate debt instruments – nearly $3.2 trillion in bonds and notes (53% of investment-grade bonds in the U.S.). Less than a third of U.S. BBB category debt is rated BBB – high technology and utility sectors hold the most (whoever said running a state-endorsed monopoly is easy?) 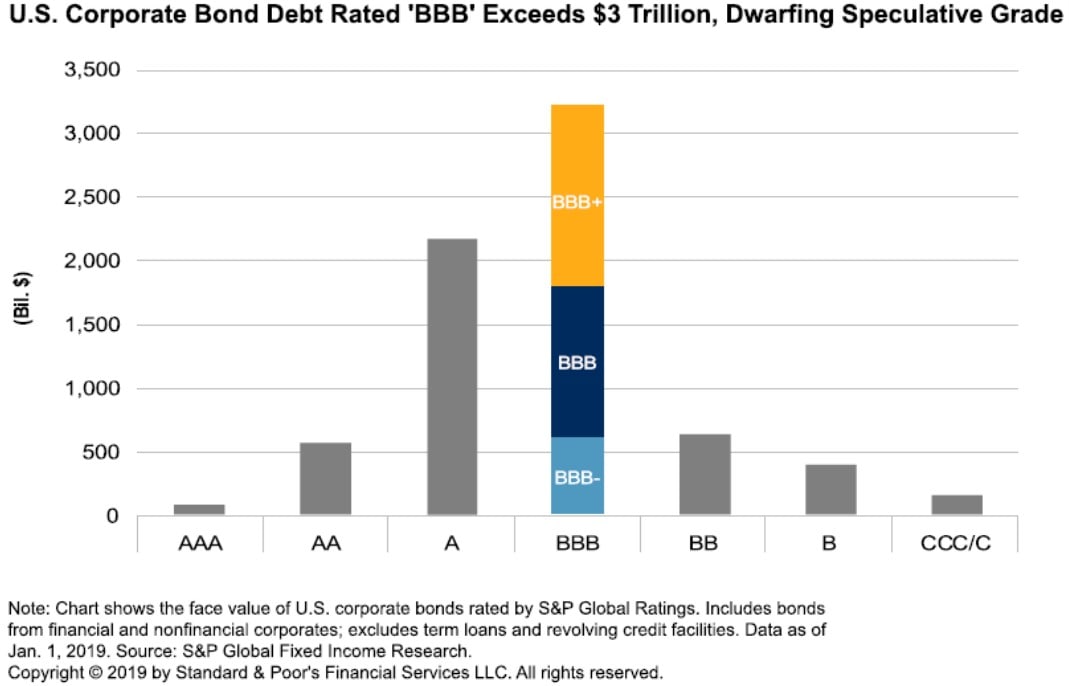 Figure 1: Corporations could be cliffhangers by issuing BBB bond debt

Banks haven’t failed us before, so there’s nothing to worry about….

Critics of the BBB bond bubble bears (say that ten times fast!) argue that the investment-grade bond market is not growing in a manner that warrants caution because the sources are identifiable and controlled. First, the highest-rated bonds make up most of the growth in the market (Figure 2). 40% of the increase (Dec. 2010 – ‘17) in BBB debt comes from banks downgraded since the crisis, and financial institutions hold the most substantial amount of BBB debt (Figure 3). Don’t worry about those lowered ratings, though, because banks are “better capitalized, have stronger liquidity and funding profiles, and are subject to more ongoing regulatory oversight than they were before” (I feel so relieved…). Finally, the growth is concentrated in only a few issuers – mostly telecom and auto companies (Figure 4). 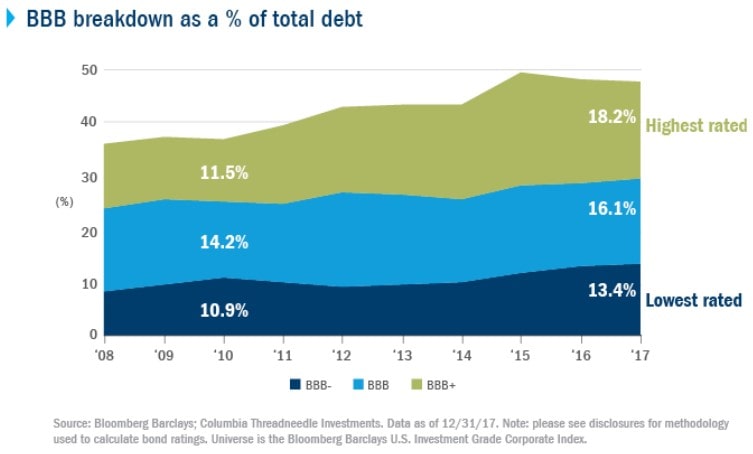 Figure 2: Most BBB loans are rated highly, but can those ratings be trusted? 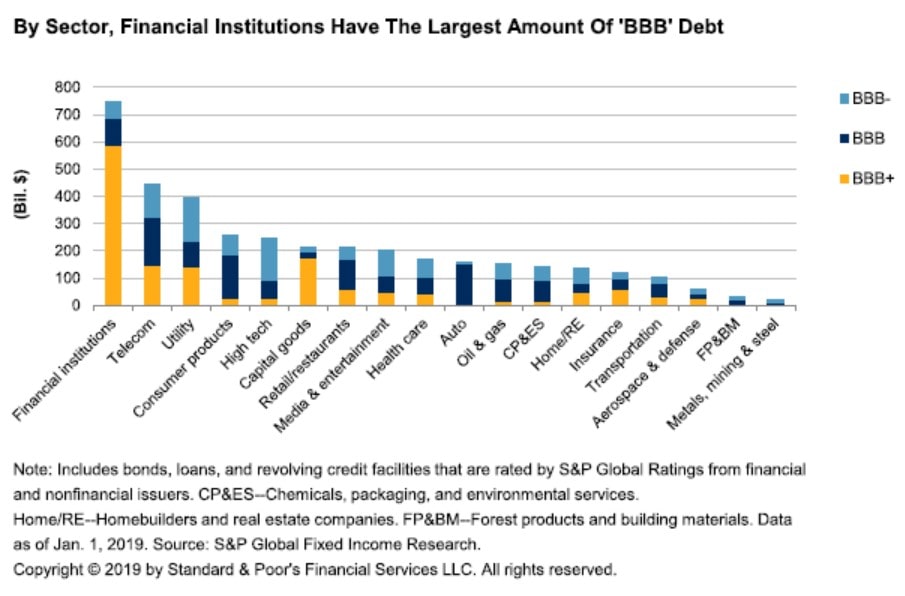 Figure 3: Financial Institutions Have the most BBB Debt

The cusp of downgrading to junk-bond status is not a comfortable position, and the actions of some of the largest BBB issuers speak to that. Surprisingly, just a few companies create the most BBB debt (Figure 4). General Electric, another large issuer, and AT&T comprise a disproportionate amount of the BBB market because of acquisitions and mergers. So, when downgraded to BBB- GE and AT&T sold their stakes in smaller companies to clean up their balance sheets. These sales can lift them away from the high-yield area. 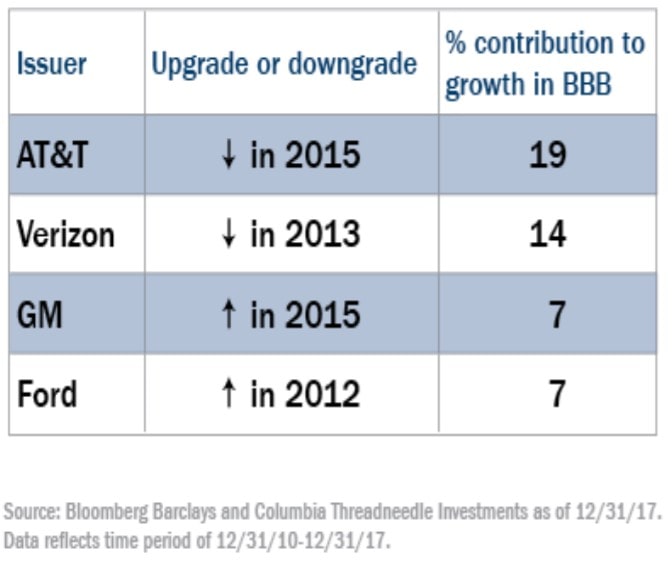 Figure 4: Telecom and American auto companies leverage the most through BBB loans

When the proverbials hit the fan

Sure, maybe everything remains fine in a heavily leveraged, low-interest environment. (It’s sort of like a self-licking ice cream cone.) Companies can rest in BBB territory and always leverage themselves away from the cusp of devastating high-yield rating territory. It is difficult to determine the real cost of issuing BBB- compared to CCC+. One European study found that the liquidity premium for long-maturity investment-grade bonds is around 0.6% per annum and about 1.5% per annum for speculative-grade bonds. As Figure 5 shows, however, the default rate drastically increases with more time spent in speculative bond ratings.  There are plenty of unpredictable shocks which could shake these companies off their BBB position through a market collapse. 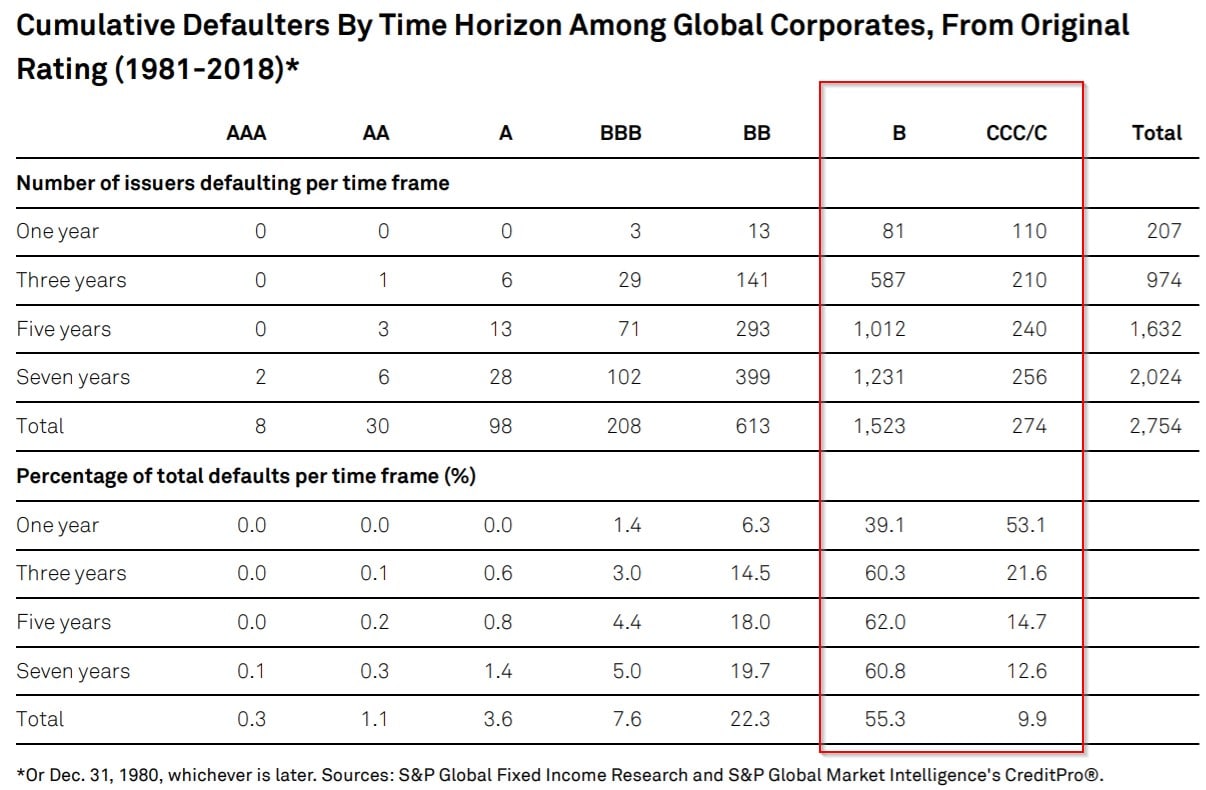 Just this week, Moody’s downgraded Ford to junk-bond status after it began an $11 billion restructuring plan with $100 billion in debt. After a rating reduction, issuing debt into the high-yield bond market is treacherous because the market isn’t as liquid or cheap. So, it is difficult to imagine a scenario in which a healthy proportion of the $3 trillion BBB issuers fall into the $1 trillion high yield market without running into a credit crunch. Perhaps the market cannot sustain such a supply without a rebalance.

Seventy-five percent of all the banking industry’s substandard assets are leveraged loans, but banks, financial institutions, and leveraged corporations are not the only players who stand to lose if bond values suddenly depreciate. Mutual funds grew substantially since the financial crisis and served baby boomer pension funds and retirement accounts by incorporating fixed-income assets like bonds. Just as subprime mortgages found their way into retirement funds, non-bank financial companies sell CDOs to pension and mutual fund managers. They do this by bundling leveraged loans along with high-quality debt to disguise the actual default risk.

Part 1 showed the increase in recession warnings and how we can calm clients by being informed of market trends and forming risk narratives. In part 2, I wrote about why the mortgage industry is unlikely to instigate another financial recession because there is not the same level of eager buyers or reckless financing. By magnitude, the bond market is a much more looming and severe threat. The story isn’t over, though. Current account deficits continue to be a lingering global trend, and it is having impacts on trade tensions and fiscal spending. In Part 4, I will continue to expand upon these risk narratives that can help you communicate these bubbling concerns and media headlines to your clients.

You can keep up with our blog at https://rixtrema.com/blog or learn about how RiXtrema’s financial planning software can improve your marketing efficiency and client service. If you enjoyed this article, then please use the share buttons below and leave a comment below to continue the discussion or recommend a topic.