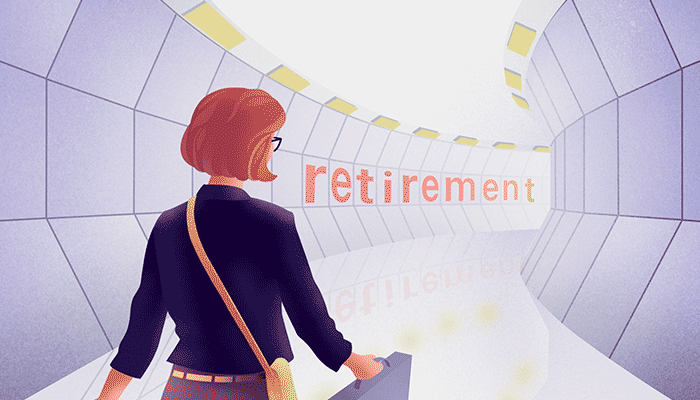 Arriving back on the blue planet, Jeff Bezos lamented that there were too many vilifiers and not enough unifiers. Amongst the unifiers, apparently in such short supply, is the fact that we all grow old, and need to retire.

This is perhaps why transitioning out of the workforce is one of those rare things in US politics, a bipartisan issue. Divided as they might seem, you’d be hard pressed to find a member of the house or senate, who’s not concerned with just how few Americans are prepared for retirement.

According to research, less than 50% of non-government employees are enrolled in a 401(k), there are of course other plans, but given the fact a 401(k) is the easiest and most common, it does suggest that an alarming number of people have no plan at all.

This led to the Setting Every Community Up for Retirement Enhancement, otherwise known as the SECURE ACT, passed in December 2019 with the SECURE ACT 2.0 soon to follow.

In short, it gives Americans more ways to save for retirement and incentivises how much they save, for life after work.

One of the most interesting provisions set out in the SECURE ACT is the pooled employer plan (PEPs). Small businesses of any size can now provide a competitive retirement plan.

For the first time, any small or medium sized business can pool the risk, and plan sponsors can go in as if they are one giant employer. Unlike MEPs, multiple employer plans, the companies that make up a PEP don’t need to be related in any way.

Small companies can now take both a fiduciary and administrative load off. Although they are still liable in terms of the providers they select, there is now a significant decrease in their liabilities. Also, there are less administrative duties, as the plan provider will now take those on.

Of course with thousands of businesses involved, and millions of dollars now on the table, this has naturally caught the attention of the big providers and vendors like Fidelity; who otherwise would not have any interest in dealing with such small players. As of January of this year, a great number of big players have thrown their hat into the ring.

One misconception however is that by pooling, the plan will definitely be cheaper than going it alone. While it is true that providing a plan as a single buyer is expensive, pooling it is not exactly an inexpensive endeavour.

This is not a bad thing.

For a provider to take on that risk, there will be a premium to pay. But what you get with that premium is a much better range of investments and better pricing, that are only open to bigger investors.

Advisors, for the most part, have welcomed PEPs given the fact that it is a private sector solution to retirement reform. They are less enthusiastic however about automatic IRA’s, a public sector solution. There is some concern that automatic IRAs will eat into the PEP market. Fortunately for them this fear has yet to materialize.

However, PEPs have only been around since January of this year, so only time will tell if they are popular and effective. Moreover, it remains an open question as to exactly what rights plan participants have in the event of ERISA violations, if there are now less ways to hold their employer accountable.

That being said PEPs appear like a step in the right direction and after a turbulent past couple of years, it can only be a good thing that potentially more Americans can look forward to a comfortable retirement.

Bipartisanship might be rare but it certainly is a unifier, as are platitudes. So fingers crossed both parties continue to get serious about retirement.

News
How to Manage Risk of MIssing Out During a Face Ripping Bear Market Rally?