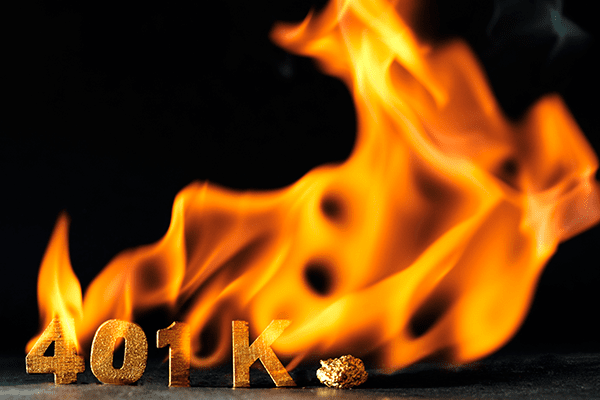 Oracle and Fidelity, are settling lawsuits around mismanagement of 401(k) plans. The impact will be negligible because these two companies are so large. But, most plan sponsors are not as financially fortunate, especially during the Pandemic, and are more vulnerable.

As I wrote before, advisors should not hesitate to target plan sponsors in the 401(k) space because companies are being held to strict ERISA management standards.

Fidelity is not a stranger to 401(k) lawsuits. Last year they had to testify in a case involving the Massachusetts Institute of Technology. MIT paid out $450 million to employees claiming retirement plan mismanagement after it used Fidelity-administered accounts offering inferior investment products.

This year, a new 401(k) lawsuit put the shoe on the other foot – Fidelity traded the witness stand for the defense bench. In 2014, Fidelity paid $12 million for violating ERISA standards, though admitted no wrongdoing. Now, the same plaintiffs are suing Fidelity again. The employees claim that Fidelity “failed to manage the plan prudently and loyally” in violation of ERISA guidelines.

Yes. The same plaintiffs are filing another lawsuit and, if it’s anything like the last one, it will most likely be successful. The merciless litigation should shake plan sponsors to heed ERISA compliance, but this can be an opportunity for opportunistic Financial Advisors.

In Oracle’s case, the violation was simply due to the 401(k) plan included “at least three investment options that underperformed their benchmarks and charged excessive fees.” That costly mistake may have simply been a consequence of lacking oversight regarding the menu of investment options.

It is a fair warning to financial advisors to monitor their 401(k) offerings to make sure they exceed benchmarks and have consistent fees.

Other mistakes weren’t so small. It turns out that Fidelity was receiving “secret fees” and offering “kickbacks” to managers of competing firms whose investments are offered through their investment platform. This, though, was dismissed because Fidelity wasn’t liable as a fiduciary.

Litigations like those against Oracle and Fidelity will only become more common in the new regulatory environment set by the SEC’s Regulation Best Interest set to become the default standard on June 30th.

As I wrote in a previous article, market corrections are when employees pay attention to the fine print. Plan sponsors are under pressure by their 401(k) participants now to justify the decline in their retirement savings. Transactions of retirement savings plans spiked during the National Pandemic declaration and they haven’t slowed since.

Plan Sponsors want smooth sailing because any rough waters come with expensive legal fees or a wave of settlements. Even for a $16.1 Billion savings plan, Fidelity faced more than 6 lawsuits other in the last 5 years. The legal fees of emerging unscathed are costly and may crush the average business with a smaller 401(k) AUM.

In the end, the burden of proof will fall on plan sponsors, like Oracle and Fidelity, to prove that a lack of diligence and control of record-keeping costs did not lead to loss of funds. Even the slightest mistake can be disastrous when fighting litigation.

Contact the Client Success Team at clientsuccess@rixtrema.com to learn more about any of RiXtrema’s financial planning, risk, or compliance software. Click HERE to visit the homepage and request a quick call-back and short software demonstration.