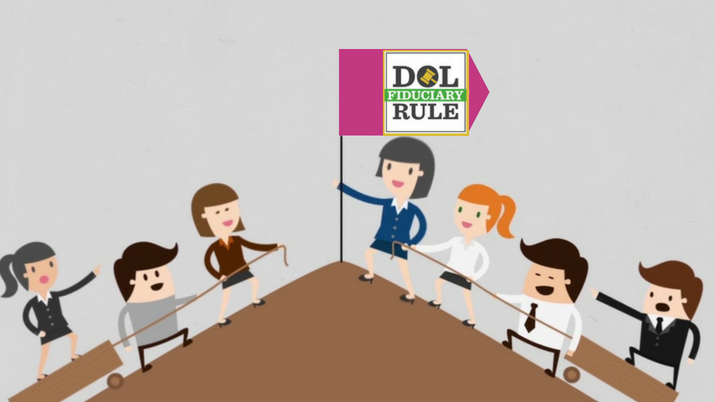 The fiduciary rule we all hear about reminds me of a roller coaster ride:  first it seemed imminent after the regulation was initially created under the Obama administration, then President Trump issued a memorandum that attempted to delay the rule’s implementation, then the newly appointed Labor Dept. Secretary Alexander Acosta confirmed that the fiduciary rule would not be delayed beyond June 9, and then, before that could happen – on March 15, 2018 – The Fifth Circuit Court of Appeals vacated the fiduciary rule in a 2-1 decision, saying it constituted “unreasonableness,” and that the Dept. of Labor’s implementation of the rule constitutes “an arbitrary and capricious exercise of administrative power”. Yet, the ride doesn’t stop there.

There is still a lot of debate around the rule among all parties involved in the process, with the Securities and Exchange Commission proposing a new rule which has been recently scrutinized by Congress. This current state of affairs has created a divide in the camps of various RIA’s, broker-dealers, advisers, etc. who server retirement accounts. Some of the professionals in the advisory business expressed a sigh of the relief because all the necessary measures that must be put in place to meet the new standards can be postponed indefinitely. But there a lot of different size companies and individual advisors who decided to go with the rule since they appreciate the change this rule offers and the value of core standards put forth by the rule.

For example, Merrill Lynch has no plans to revise its ban on commission-based retirement accounts in spite of a blow inflicted on the Department of Labor’s fiduciary standard rule by the federal appeals court. “I’ve been gratified to hear many of you express pride in the position we’ve established and we remain committed to our approach,” Merrill Lynch Global Wealth Management head Andy Sieg wrote in a memo to nearly 15,000 brokers employed by the firm. To continue, Andy Sieg added,  “While there is uncertainty regarding the DOL’s next steps in light of this decision, our core strategy—consistent with our principles—remains that we always will act in our clients’ best interest”.