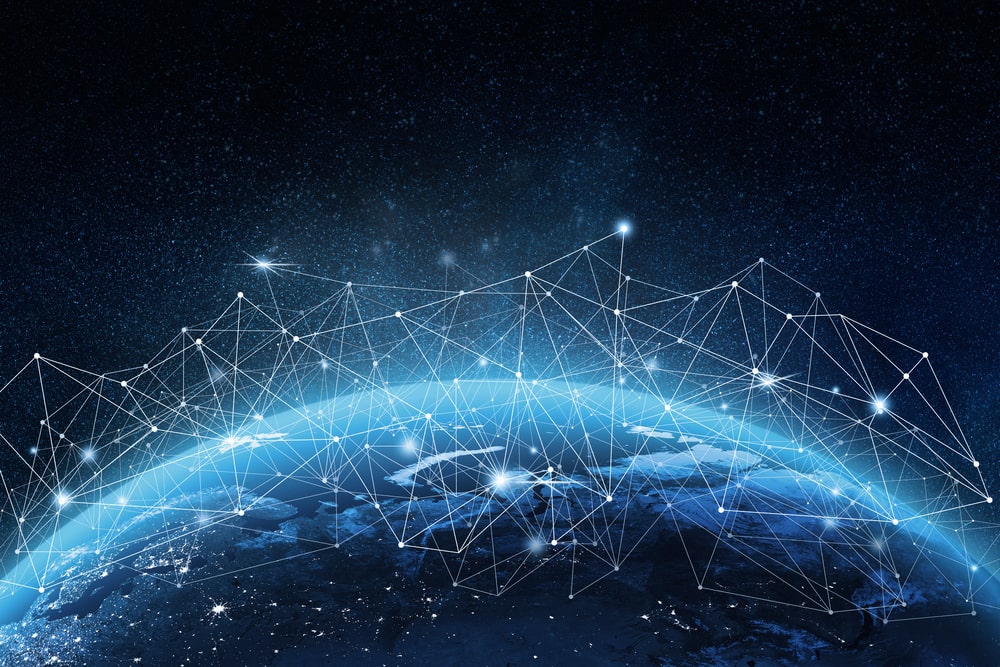 After reviewing the curriculum of one of my University classes, Energy and Society, my professor paused for a moment after seeing the schedule as bleak and challenging before announcing his ideal coping method for tough questions with tougher answers. The sweet brown, uisce beatha, premium small-batch Woodford Reserve Kentucky bourbon. We’ve reviewed yield curves, mortgage crises, corporate debt balloons, and Brexit to help financial advisors form risk narratives for restless clients. It isn’t easy to remain level-headed during turbulent times and researching relevant information is a quick way to excoriation. In line with our reviews of other risk reports, this post will focus on the twice-yearly analysis of global economic developments by the International Monetary Fund (IMF).

We read a fair bit, though admittedly not all, of the 200-page report and will give you the skinny brief. Globalization and free trade unions created a world without borders, at least for materials and goods. It spread wealth to all corners of the earth, especially corner offices. Yet, the new IMF World Economic Outlook Report repeatedly highlights the risks associated with the deterioration of this exchange system.

The sentiment of the report is difficult to miss. A perusal of the Executive Summary and a quick look at the following graphics (that are all trending in the wrong direction), along with section headings like “Risks: Skewed to the Downside” ensure that the reader gets the gist.

The executive summary begins with:

After slowing sharply in the last three quarters of 2018, the pace of global economic activity remains weak. Momentum in manufacturing activity, in particular, has weakened substantially, to levels not seen since the global financial crisis.

And the first paragraph of the summary ends with:

It does not get better in between these sentences or paragraphs that follow. In fact, their prediction for global growth for 2019 is forecast at 3% which, if realized, is the lowest level since the Great Recession.

But don’t stop there.

Investment was weak in the United States even though 2018 employment and consumption were strong. The IMF expects slower growth in 2019 and 2020 before stimulus in the new budget deal offsets the minimal effects of the 2017 Tax Cuts and Jobs Act whileUS and China manage one of the most substantial risks, trade tensions. But there is a US-China trade deal (maybe, sort of, kind of, we’ll see). So that’s good…though it may simply be an agreement to talk some more and not make things worse, but something is happening. Maybe.

A decline in foreign demand and weak inventories show a sluggish euro area, but activity is expected to increase into 2020. A Brexit deal is in the works (ok, maybe not, check back by January 31). And the fed is easing with low rates (again) and many believe further cuts are in the cards, maybe even this year. (We’ll touch on that next time).

Perhaps the most alarming graphic in the report (particularly for those of us in the US) shows that the ‘Group of Four’ (US, China, Japan, Euro area) are acting as an anchor on global growth beyond 2020 (Figure 1). The IMF  also suggests that the best possible outlook is broadly stable growth for advanced economies with the Eurozone offsetting a gradual decline in U.S. growth.

But overall, the forecast is broadly stagnant for these economies, assuming the UK avoids a no-deal Brexit withdrawal and neither the U.S.or China start a staring contest daring the other not to blink.

What of the good news? Because there is some if you look for it.

Outlook for Emerging and Developing Markets

Sub-saharan Africa, the Middle East, and Central Asia regions are expected to grow at a faster rate because of rising oil prices. The cyclical aspect of single resource economies is nothing unusual, but civil strife, sanctions, and attacks remain threats to growth. About a quarter of all emerging market and developing economies are expected to grow in per capita terms faster than the average advanced economy.

Should stress fail to dissipate in a few key emerging markets and developing economies that are currently underperforming or experiencing severe strains, global growth in 2020 would fall short of the baseline. . Such crises could be bubbling in Argentina, Brazil, Spain, Hungary, and Hong Kong (just off the top of my head) and may prevent these economies from effectively helping to compensate for the Group of Four’s declining growth rates.

They’re just projections. Bloomberg Economics’ global GDP tracker has the global economy expanding at a 2.2% for Q3 2019 (below the IMF predictions) and their ‘recession tracker’ is forecasting a 27% chance of a US recession in the coming 12 months. Despite predicting the 2008 recession 18 months in advance, Bloomberg’s ‘recession tracker’ gauge has also clearly been wrong (Figure 2). Despite the touted the current 27% reading, the gauge read 49% in December 2018, so it has come down since. It also read 43% in 2016, not to mention a 73% reading in 2002, after the tech recession. Still, warning signs tend to flash early, far before markets adjust.

To be sure, these are not confidence-inspiring readings, nor is the US GDP print of 1.9% for Q2. Overall, though, this report seems to be very vague about the possible shocks on the horizon and continues to highlight the same major risk factors: trade tensions and geopolitical uncertainty. Further escalation of trade tensions and associated increases in policy uncertainty could weaken growth relative to the baseline projection or lead to risk-off episodes of market deterioration. Possible triggers for such an episode include worsening trade and geopolitical tensions, a no-deal Brexit, and persistently weak economic data pointing to a protracted slowdown in global growth.

Perhaps stochastic, isolated shocks are not broad enough for the scope of the IMF report. As we wrote before, there are many alternative crisis scenarios because there isn’t an obvious culprit leading us to economic doom. Death by a thousand cuts, maybe. The mortgage industry is not finding enough wealthy buyers to reach a credit crisis like 2008, nor do we believe the increase in non-QM bonds will get us there. The rise of junk bond debt and degrading corporate debt ratings could be the sign of a corporate debt bubble and lead to something similar to the  2001 Tech Bubble. Nevertheless, though we can talk about economic indicators, asset prices and ratios, debt levels and incomes, but none seem to reach a panic-inducing level. As Colin mentioned before, the levels of leverage could indicate a new normal if managed responsibly. So, while the expansion certainly seems long in the tooth and certainly can’t go on forever, it doesn’t feel like a recession is imminent, especially as markets continue to reach for new highs on a seemingly daily basis.

Systematic slowdowns are more the scale of this report and it explicitly cautions of climate change and its relationship to immigration and resource conflicts. The IMF recommends higher carbon pricing as the most important policy effort to bring about low-carbon energy and green technologies. By holistically incorporating the social and environmental costs of carbon fuel externalities into prices, markets may move towards moderation and innovation. (The real doozies are in our article on the World Economic Forum’s Global Risk Report.)

“IMF’s economists show that a $75-a-ton carbon tax would also lead – once inflation has been taken into account – to an average 214% increase in the cost of coal and a 68% increase in natural gas. For the UK, the increases would be 157% for coal, 51% for natural gas, 43% for electricity and 8% for petrol.” Yet, they still make the case for it as a sufficiently substantial measure to mitigate climate change. While 50 countries have a carbon-pricing scheme, the IMF holds Sweden’s $127 per ton carbon tax as the ideal standard because it managed to cut emissions by 25% since 1995 while the economy has expanded by 75%.

The contribution of income growth to the growth of carbon emissions is larger, on average, and more cyclical than that of population growth (Figure 3). We can assume, then, that the growth of individual wealth (GDP per capita) leads to fewer carbon emissions and slower population growth. The reduction in emissions growth in 2018 was even lower because of an increase in global industrial production. So, an economic recession would significantly disrupt the adoption of alternative energy technologies during a tenuous period.

The party must stop at some point.

As Yon wrote over a year ago, however, there isn’t much great fundamental news that will continue to drive markets higher. The lack of crisis inducing factors leading us to economic catastrophe does not mean that there are economic factors leading us to more boom times either. What is different, is that last year, his recommendation of conservative positioning was predicated on an allocation to longer duration fixed-income assets. Today, with the US 10Y more than 150bps lower, that positioning is a bit more of a challenge.

There is one glaring risk factor that affects the ability of governments to initiate proactive and reactive policies – Current Account imbalances. This is a topic that deserves its own analysis because it is systemic (And I think it’s interesting). The report touches on the tenuousness of these imbalances and explicitly states the importance of international cooperation. Diplomacy is not just to keep the peace but also deploy fiscal policies to “boost potential output growth, improve inclusiveness, and strengthen resilience”, especially where monetary policy is limited. Did I hear someone say “zero-bound”?

Unfortunately, many major economies are not positioned well to begin proactive or reactive economic initiatives. The persistently expanding United States budget deficit is leading to swelling imbalances and diminished economic output, and other advanced economies experience the same problem (U.K., India, France, Canada and Turkey, most of all). Every 1 percent increase is associated with a 0.5 percent increase in the current account deficit. If global growth is only buoyant because of emerging and developing markets, regardless of political or societal distress, that puts advanced economies in an intrepid position as already leveraged financial markets look overseas for growth opportunities.

Next time: how to avoid doom and gloom.

The story only gets better, and next time we’ll touch on U.S. inflation and the federal reserve’s mandates, global imbalances and how to remain optimistic in a hailstorm. You can learn about our financial planning and retirement risk software on our blog. There, you can follow our evolving analysis of the economy and all things nightmarish. Reach out to our client success team at clientsuccess@rixtrema.com to request a demonstration or learn about our software features like Portfolio Crash Test’s risk scenarios and retirement simulations.