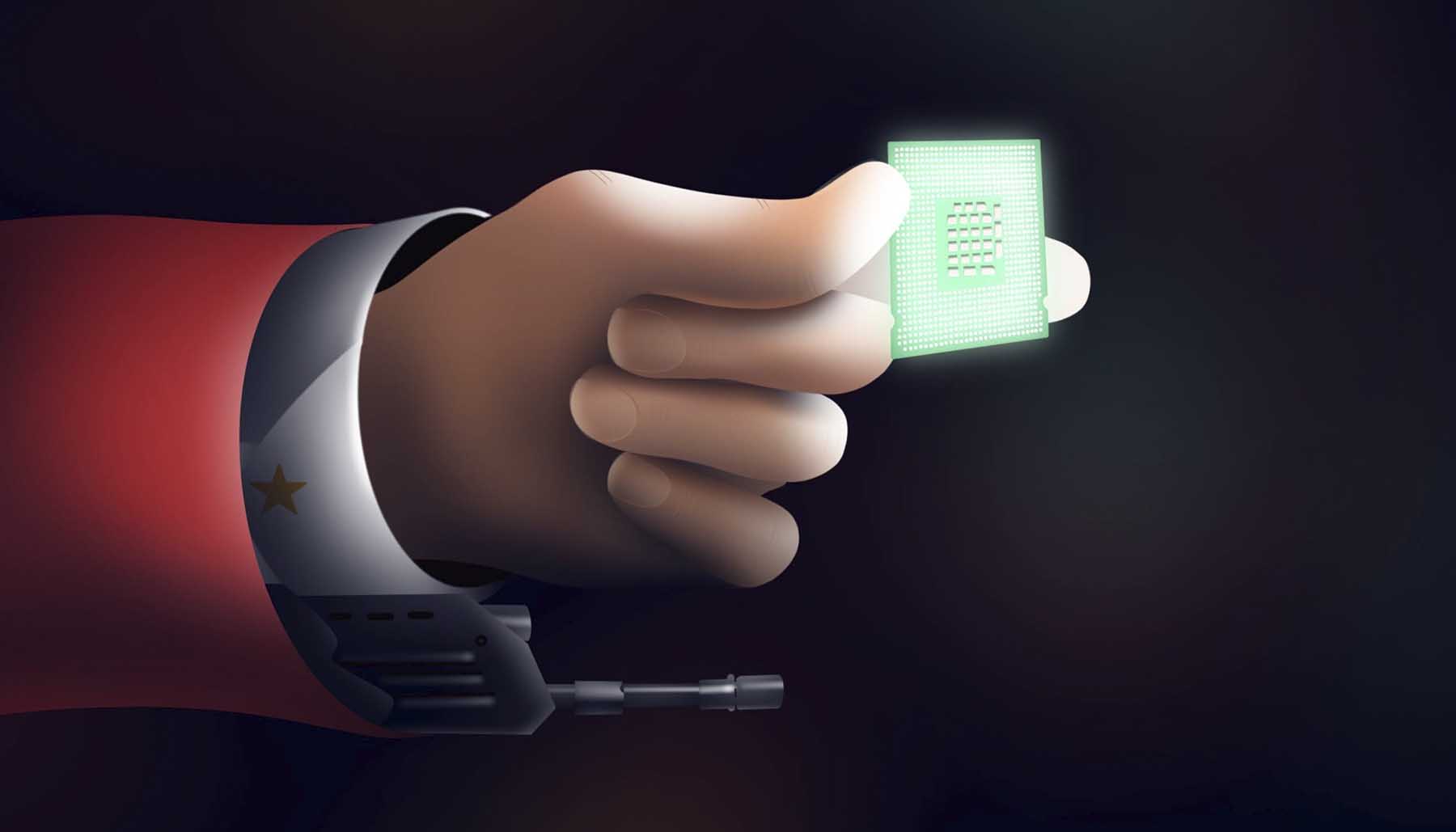 What Does The Chinese Microchip Ban Mean For Your Portfolio

There are some strange goings on in China of late.

A brief peak behind the curtain revealed some palace intrigue that went viral this week. President Xi’s predecessor, Hu Jintao, was forcibly escorted out of the party conference. China watchers speculated health concerns or a purge; but it’s unlikely we’ll ever really know.

Another story that began to unfold last week, is just as dramatic and yet under-reported. President Biden announced sweeping sanctions on microchips from China. This meant that green card holders and even US citizens were forced to resign from their jobs if they worked for Chinese chip manufacturers or related businesses. Although China is a huge industrial power, the economy is still developing, something which many people forget, so this action by the US is incredibly disruptive to the Chinese economy.

Firstly it’s a devastating blow to the Chinese semiconductor industry affecting primarily high end tech, military capabilities and A.I. Alibaba for example has just opened up a cloud services data center. Jack Ma will have to recalibrate his operations pretty fast if he hopes to keep this project afloat.

Secondly, this could not have come at a worse time. Chinese growth is slow and the Yuan is continuing to lose ground. It is down around 12% over the last few months. Historically China has often been accused of currency manipulation, intentionally devaluing the Yuan in order to sell cheaper goods. Unfortunately, this policy has backfired somewhat as the Fed has raised rates making it much more expensive to bring goods into China.

Although there was no immediate retaliatory economic sanction against the US, China has intervened to reverse the slide of the Yuan and keep inflation under control. In order to do this China is employing an unusual mechanism that surprisingly does not involve using their reserves; the highest in the world at $3.46 trillion. So instead of hitting the US economy by selling off treasuries. The CCP have opted for a much riskier approach, they have instructed so called private banks to use currency forward contracts and bet against the dollar in favor of the Yuan.

On the face of it, this seems like a crazy move. The corporate banking system is already under immense strain and not in a fit state to absorb much more risk.

You only have to look at the huge high rise ghost towns, funded by bad loans, that are looming in the distance both physically and metaphorically. So it seems quite strange that at this very moment China decides to tell their banks to play casino with the dollar.

Despite what conspiracy theorists might say China doesn’t have any control over the dollar, it’s completely out of the middle kingdom’s control. One press conference from Jerome Powell tomorrow and everything falls apart.

The only possible explanation for this, to my mind, is that there has been some kind of high level secret agreement between the two great powers to put something in place.

Taiwan is one of the world’s major producers of semiconductors and so the chip ban could be perceived as a way for the US to goad China into invading Taiwan. Two things to note about this, despite the fact that China has a huge standing army, historically they are not offensive.

So an invasion is much less likely than people think.

However the Chinese military rely heavily on microchips, take them away and you’ve got a ready-made justification for a ‘defensive’ action.

So what does this mean for your portfolio, well in short Chinese assets are rapidly becoming very high risk and it’s important to adjust your holdings accordingly. If you’d like to know more, check out our show investing counterpoint where we will take you through various scenarios using our advanced portfolio crash testing software as well as discuss the topics of this blog in more depth.
Watch Now